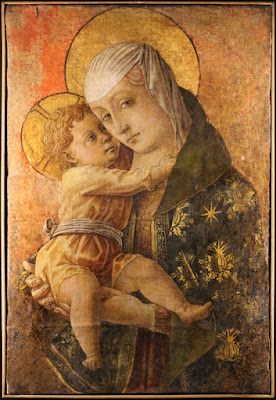 It wasn’t an ideal place to give birth, but a shop doorway was all that there was to be had. Luckily someone had left a box full of old newspapers which doubled as cleaning cloths and bedding, and so the world gained a new son.

He wasn’t any trouble at all, but some sound attracted the attention of a passing cat out on the prowl. It came close, cautiously sniffing and peering, and finding a bit of shelter, settled down against the box.

Later a shadow moving in the shadows turned into a stray dog out looking for scraps. Smelling something interesting it came over and joined the group, snuggling up against the new mother.

Meanwhile, not far away, a pair of nightclub bouncers were pacing to and fro, rubbing their hands to keep warm, and breathing steam clouds out under the lights. They seemed uneasy. “Quiet, isn’t it?” said one, summing it all up in a few words. “I don’t get it, it feels like time’s holding its breath or something.”

“Something’s going on all right,” replied the other. “We just don’t know what it is – yet.”

At that moment a well-coiffed lad in a white cotton shirt, two buttons undone, sauntered self-consciously down the other side of the street.

“Hey guys,” he called as he went by. “You want to see something special, go take a look in Boots doorway. Someone’s just had a baby. He’s really sweet – you should see him.” Then he danced on his way.

Contrary to popular opinion, a bouncer’s real job is looking after people, seeing they come to no harm. With a last look around and a quick shrug of the shoulders they were off to find the baby.

They got there about the same time as a small group of Sikhs on their way home from a meeting.

“We are a proud warrior people” said one. “We should be prepared to fight if necessary. We cannot stand by and do nothing when our people are being insulted and attacked in the street.”

“We are warriors of peace” replied his friend. “Peace demands far greater courage even than battle.”

This was when their eyes were caught by the scene in the doorway of Boots. The woman was now surrounded by five strangers and two stray animals. She picked up the child to show them and smiled contentedly. The two bouncers felt their strength desert them and crouched down to get a closer look. The Sikhs were lost for words.

One bouncer asked: “Who’s the father?”

“Someone who loved me” was the reply.

“Is he coming back?”

The woman looked deeply into her son’s eyes. “I think he just has,” she answered.

A Sikh fumbled behind his neck and unclasped a gold amulet. “Here you are, little one. I hope it helps.” He gently wound the delicate chain round the child’s arm.

“Of course,” one Sikh said to his comrade as they walked on, “he won’t remember any of this when he grows up. I mean, for all we know, that could be you or me – or anyone.”

“Indeed” replied the other. “Indeed so. Perhaps it could.”

Posted by Wysiwyg at 5:21 pm No comments: