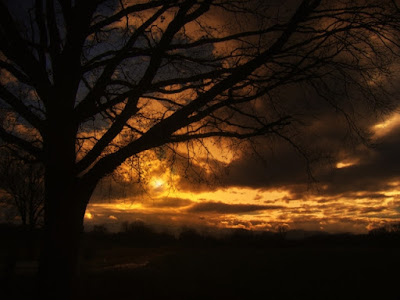 Autumn has officially arrived. We had the equinox, we heard the thunder, and now that Summer is over, the sun has come out. English weather.

I'm lucky enough to live in Wiltshire. Most people couldn't point to Wiltshire on a map; it's just somewhere you go through on the way to somewhere else, so Wiltshire retains its mystery. Everybody knows about Stonehenge and the Avebury stone circle, but there is ancient history in the soil, in the folds of the hills and in the white horses etched onto those hills. There is strangeness in the prohibited areas on Salisbury plain, the deserted village of Imber which can only be visited once a year, and in the loud thumps and bumps that can be heard from Marlborough to Warminster as the army plays with its toys on the Plain, while everyone carries on as if it were some grumbling volcano waiting to erupt.

In 2009 the four district councils of Wiltshire were amalgamated, bringing North Wilts, West Wilts, Kennet and Salisbury under a unified administration. Perfectly sensible no doubt, but it conceals the fact that, under the surface, they really are four quite distinct and different places, which rarely interact with each other.

So indeed it is with Autumn, running from the equinox to the solstice, but effectively sliced into two halves by the cross-quarter day known as All Hallows (or All Saints, or Halloween 1), or Samhain. Early Autumn can be characterised by still, sunny, misty mornings, trees in shades of green and gold, the smell of bonfire smoke, and flowers in the garden, after a final flourish, beginning to die back; a feeling of busyness following the lazy days of Summer. From November on, there is a distinct change. The earlier friendliness in the elements has gone; there are strong winds, rain from grey skies, cold mornings and cold nights, gathering darkness, a sense of closing in, stocking up ready for the freezing wastes of Winter.

In between these two states of being, we find ourselves in a no-man's-land, a hiatus hovering half-way between the in-breath and the out-breath, between the bright and the dark, between life and death. This is a threshold, a liminal space, a magical space, a dangerous place, a doorway into the unknown, to disaster or rich rewards. This is the time for heroes to abandon the safety of home and set out on bold adventures, to watch as the sun sets in red and rust, and to feel the call of the wild like fire in your blood. The veil between heaven and earth is thin; spirits roam out in the material world, voices in the darkness calling your name. At night you may look long at the logs burning in the hearth, the solid wood turning to ashes as the smoke rises, and you think about those who have passed through your life and now are gone.

The people of day come and go, do their work, talk and laugh, while just below the surface, the old mysteries stir in their sleep.


1 There is a technical difference which I will ignore
Posted by Wysiwyg at 2:41 pm No comments: