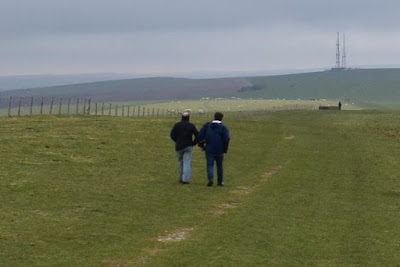 Today I was trying to think of a book I could read to a 14-year-old boy that I know, who is making a slow recovery in hospital. Then I remembered a book I had read at 14, a cracking yarn by ‘Charles’ (in reality Elfrida) Vipont called “The Heir of Craigs”.

I had always kept that book and despite the fact that I had not read it in fifty years, I could still see the cover clearly in my mind’s eye. When I went to get it however, there was no trace of it. Somehow, at some point, some house move maybe, I must have let it go. How could I do that? It was a part of my history, almost a part of me you could say. I felt a sense of loss – I no longer had this book that I hadn’t looked at in half a century.

There was no other way. Within half an hour I had found a second-hand copy in good condition with my favourite on-line bookseller, Abebooks, and soon it will be back with me once again, and I can breathe a sigh of relief.

If only you could do that with people.

In this last July I attended the funeral of my younger brother. It was a good funeral, the church was full and I delivered his eulogy without a hitch. A great gathering of friends and family was held at his favourite pub, and we all went home feeling we had given him the best send-off he could have hoped for. I carried on with my life and all was well. Actually he had lived 150 miles away and we only saw each other at very irregular intervals so his passing didn’t really change very much for me.

Last week, on a grey and blustery day, my older brother and sister, my deceased brother’s fiancée and his closest two friends gathered at the harbour a short drive from where he lived, and watched as his mortal remains rested briefly on the surface of the water before disappearing beneath the waves. It was an intimate moment, which brought us all together in a mutual bond of sorrow.

Now that the brother I rarely saw is gone, I miss him, and there is no replacement. He was the only one. His presence on the planet had been sufficient, just knowing he was there, and now he isn’t. I suppose if there’s one comforting thought that comes from all this, it’s that, hard as it may be to imagine this, other people probably think the same about me as I do for my brother. I hope my presence is on the whole a good one.

Posted by Wysiwyg at 6:49 pm No comments: