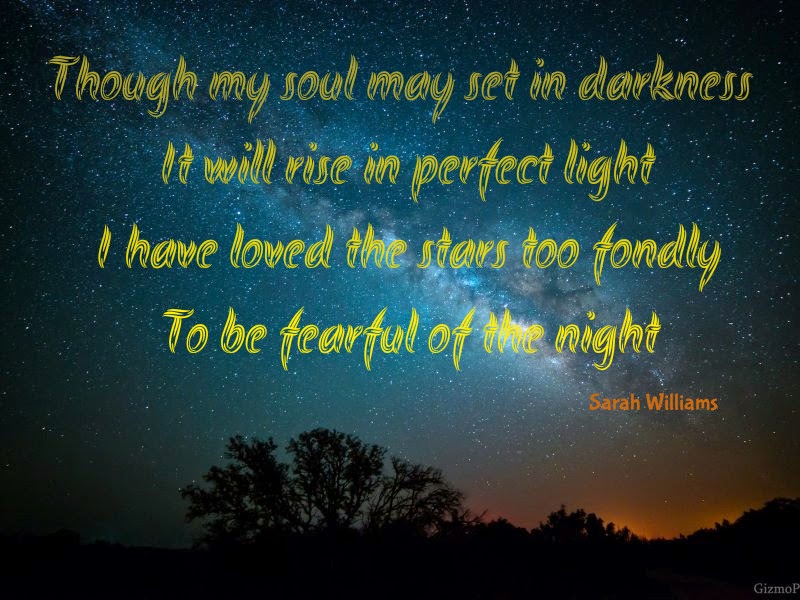 Posted by Wysiwyg at 5:36 pm No comments: Links to this post

What a celebrant does

You are a child of the Universe,
No less than the trees and the stars,
You have a right to be here.
(Desiderata, Max Ehrmann)

When the Ancients lay on the cool ground at night, looking up at the stars, which encrusted the heavens like an unfolding glittering white cloth, they liked to imagine patterns like the join-the-dots pictures you may have drawn when you were a child. Some of these they named after animals – the Great Bear, the Swan, the Scorpion; some were characters from story – Hercules, Cassiopeia, Cepheus.

In reality these are not groups of stars at all. They just look that way from Earth. But we could equally group them in different ways if we wanted. We could have the Fork-lift Truck, the Harley Davidson, Tower Bridge. Seeing patterns in things comes easily to us. This is how we make sense of the world, of history, of our own lives.

As with the stars, we don't have just one story to tell. When we write a job application we will include everything about our education, our relevant experience and our positions of responsibility. But we probably won't include the way we struggled with bullying at school, or the dedication and love of our parents. We won't include the one we love, and the day we first met. Yet these things also have their story, and they are more a part of us than our position at work.

While our mundane life plods on from education to qualification to position to promotion to retirement to death, inside we are super-heros on a great adventure. We face danger, injury and disease; we see friends and family through life and death; we witness the miracle of birth; we struggle with our weakness as much as with our greatness. Against all the odds we triumph.

This is our brilliant human existence. It is a story written in the stars, waiting to be told. Who will tell our story? Or will it be buried with our bones? The skill of a celebrant is to recognise you as a child of the Universe, no less than the trees and the stars, your life unfolding like a cloth of silver.

With each turn of life there is a death and a rebirth. When we are born, the waiting is over, the period of pregnancy ends. It is a joyful beginning, but there is also a sense of loss; ask any mother. We cross a threshold into the unknown. And so at each new stage of life: starting school, starting secondary school, leaving home, starting work, giving vows, - right through to retirement, each milestone a new beginning.

A celebration can be seen as a snapshot pasted up onto the storyboard of our life, recording each stage as we go through. But there is more to it than just this. Imagine for a moment that you finally worked out for yourself how space and time was really structured, an understanding that would end a hundred years of speculation. Naturally you would want to tell the world. Why? Because until you do, to all intents and purposes, it hasn't happened. Unless you share it, it is just something in your head. Likewise a ceremony actualises reality – it makes reality happen.

In the Jewish tradition, a statement can occur on three levels: the first is a thought – even a thought is an action; the next is the spoken word, which is more powerful than just a thought; the most potent of all is the deed. In business, a handshake, or in previous times a kiss, seals a deal. Wearing the ring seals the marriage. A ceremony binds an idea into fact.

A qualified celebrant can work with you to make a ceremony that is right for you where you are in your life, that says what you want to say, that has the right feel. It can combine words, music, light, colour, costume - plus doves, balloons, fireworks, anything! Or just a few well-chosen words in a solemn setting. It's your call. You matter.
Posted by Wysiwyg at 10:41 pm No comments: Links to this post